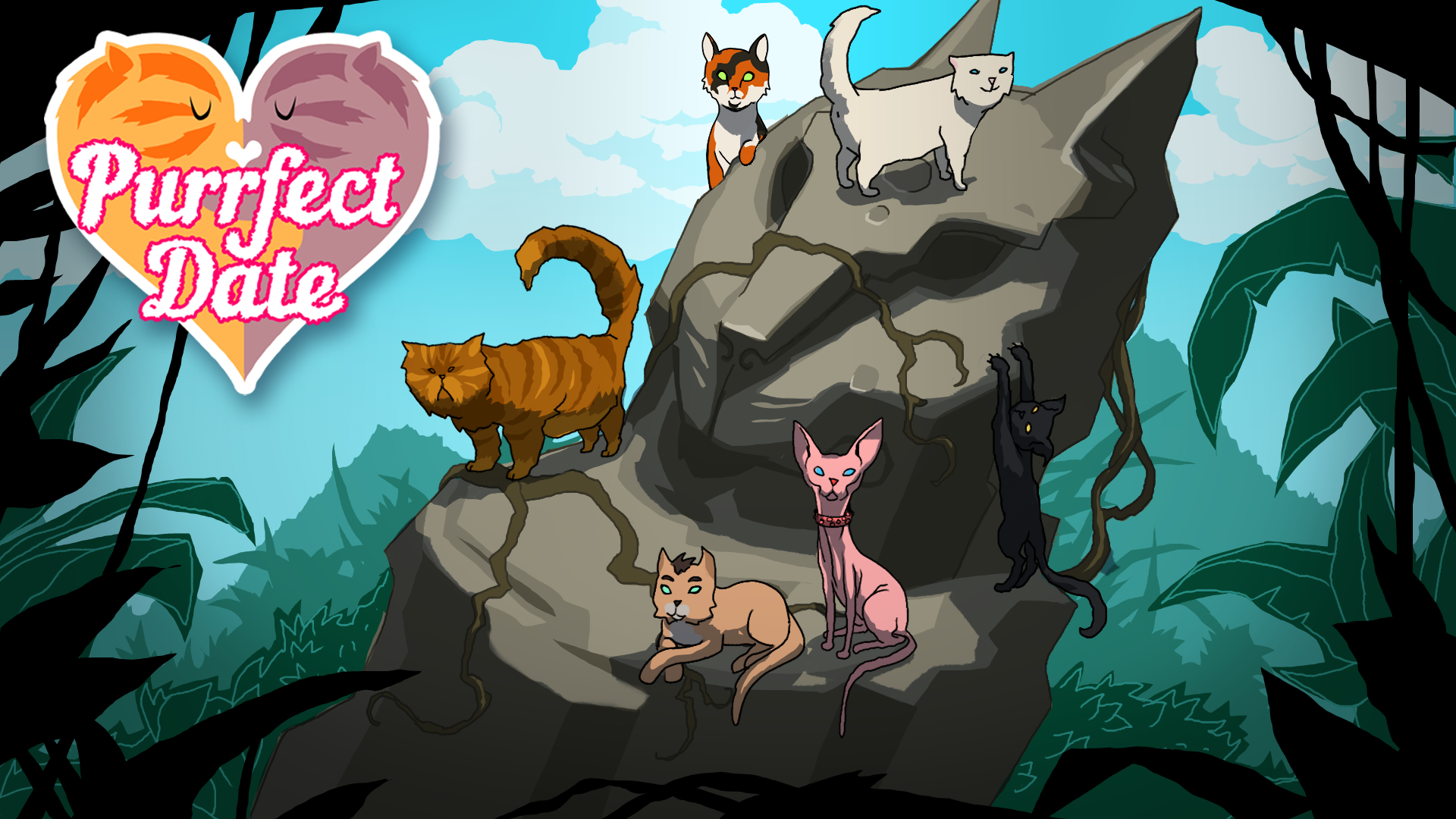 London, UK, 10th August 2017 – UK-based indie development duo Bae Team today revealed they will bring Purrfect Date to Windows PC, Mac and iOS this winter with the publishing support of the award-winning Bossa Studios (Surgeon Simulator, I am Bread). Purrfect Date is a cross between a visual novel, dating sim, and dark British comedy. You, a human, will get to date cats and uncover the secrets of the mysterious Cat Island.

Throughout the game’s seven chapters, you’ll adopt the roles of multiple freshly employed research assistants on an island almost entirely populated by cats. Choose your own adventure as you romance talking cats, balance your stats and carry out your research into the dark and questionable history of the Island.

Drawing inspiration from trailblazing games such as Undertale, Dream Daddy, Hatoful Boyfriend, and Pony Island, there’ll be lots of twists, turns and alternate playthroughs to keep you replaying.

“Oliver and I were lazing around one day, itching to play a game, but nothing really grabbed our interest, so we started talking about what we’d do if we could make the ideal game for us. Cats, intrigue, dating sims, the TV show Lost… all of these things became the ingredients that went into making Purrfect Date. It’s an amalgamation of everything we love, and in essence, a love letter to each other (and cats).”
– Ruby-Mae Roberts – Co-founder, Bae Team.

After finding success on Steam Greenlight, a true mark of quality and excellence, they entered into a publishing and co-development deal with Bossa Studios.

“We love to create games in ways that other developers, studios and publishers would shy away from. At Bossa we embrace crazy ideas from the team, and when Oliver said he was working on a dating simulator about cats, we knew it was something we would support.”
– Imre Jele – Co-founder, Bossa Studios.

The game can now be added to your wishlist on Steam here.

About Bae Team
Bae Team is an independent games studio consisting of Oliver Hindle and Ruby-Mae Roberts. Oliver, under the moniker ‘Oliver Age 24’, is best known for his parody drawing tutorials, songs and videos on YouTube. Ruby is super into cats.

About Bossa Studios
Bossa Studios is a multiple award-winning independent games developer and publisher happily based in London. We’re the makers of Surgeon Simulator, I am Bread, sandbox MMO Worlds Adrift and the upcoming arcade multiplayer game Decksplash.