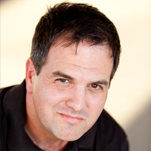 J Todd Coleman brings a wealth of creative and entrepreneurial experience to ArtCraft. He founded Reliant Data Systems (acquired by Compuware Corporation in 1999), Wolfpack Studios, Inc. (acquired by Ubi Soft in 2004) and was the VP of production and creative director for KingsIsle Entertainment, Inc. As the co-creator and creative lead of Shadowbane, Wizard101 and Pirate101, Coleman has built a reputation for pushing the boundaries of MMO design.

His games have received numerous awards (including Game of the Year, Audience Choice and Family Game of the Decade) and he was personally recognized by Gamasutra as one of the top 50 developers in the industry and by Massive Gamer magazine as the #1 Most Influential Game Developer in the World.