Admirals: Caribbean Empires is our next-gen, realm vs. realm strategy MMO set in the Caribbean of the 18th century.

It takes thousands of players to the golden age of privateers and tropical warfare in the sun-drenched waters of the Caribbean. There, they will enlist and fight for one of six seafaring nations as they vie for power and glory.

Players fulfill their dreams of domination and victory by establishing strategic routes between key cities and tactically maneuvering with and against other players. Communication and diplomacy, both within and between nations, are essential.
Everyone can find their role in the game, be it as a researcher and enlightener, as a skilled merchant or governor, or as an admiral of an assault fleet. But only together can you survive! 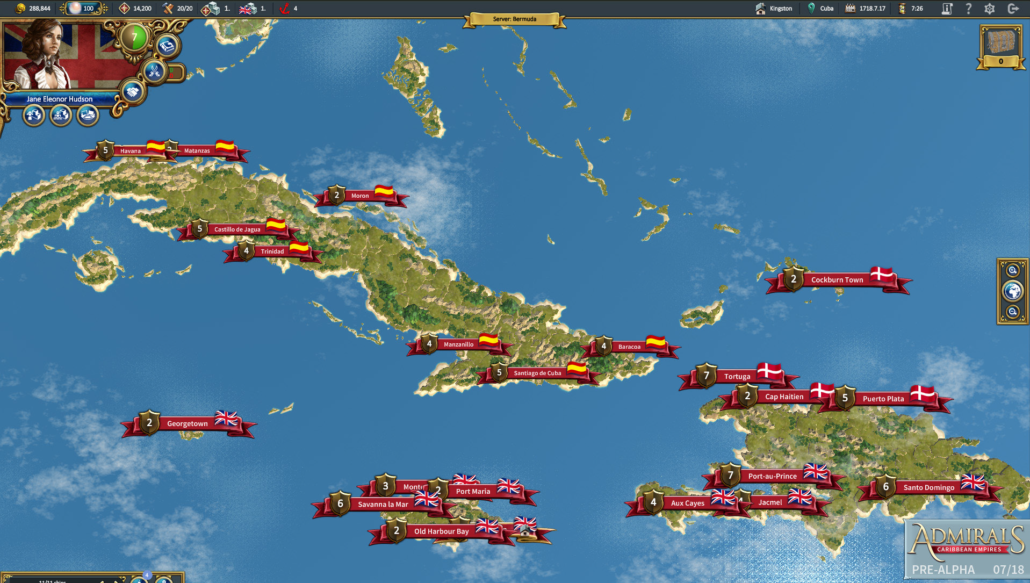 Explore an authentic map of the Caribbean and fight for one of six seafaring nations. 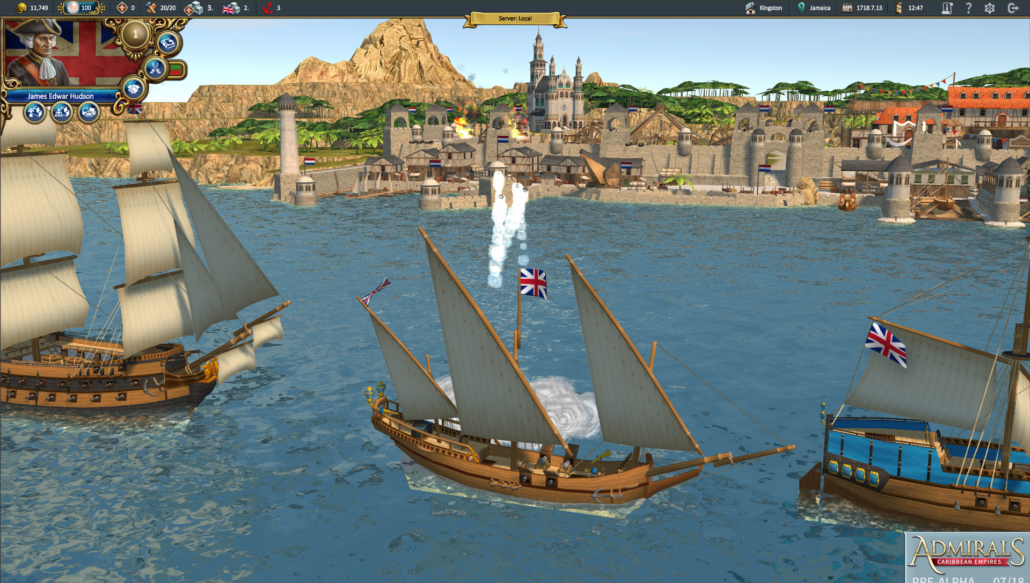